Aviatra Accelerators, Inc. is devoted to supporting women-owned startups and small businesses and has been empowering female entrepreneurs across Ohio and Northern Kentucky at all stages of business for more than 10 years.

Now, in celebration of its milestone anniversary, the organization will celebrate its alumnae – known as “Aviatras” – in grand fashion with a special 10th Anniversary Expo & Celebration on Sept. 30. 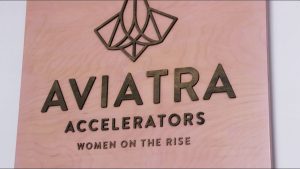 The Cooper Creek Event Center (4040 Cooper Road, Blue Ash) will host the 10th anniversary event, which will serve as a fundraiser to support Aviatra’s future program participants. An alumnae expo will kick things off from 2 to 5 p.m. with a networking celebration following from 5 to 7 p.m.

To showcase the broad range of industries that Aviatra serves, women from all industries who have participated in Aviatra cohort training will display their businesses, products and services during the afternoon expo event. At 5 p.m. a celebration of alumnae successes and the exciting future planned for Aviatra Accelerators begins. The celebration will include cocktails, dinner by the bite, a raffle featuring alumnae products and services, and a live auction.

“A decade is a significant achievement for any entrepreneur or organization alike to enjoy. With this 10th anniversary celebration, we will be able to not only celebrate all of our Aviatras’ achievements, but champion them as well,” said Aviatra Accelerators President/CEO Nancy Aichholz. “Our region is full of talented, innovative women who are hard at work to make both Ohio and Northern Kentucky a better place to work, live and play; this event will give them and the public alike a chance to discover and appreciate their talents.” 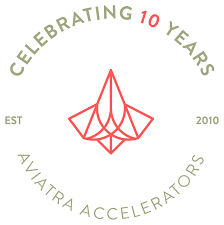 Originally founded in 2010 as Bad Girl Ventures, Inc., Aviatra Accelerators began as a small nonprofit organization designed to provide capital investment to women-owned startup companies. Aviatra has since grown into a leading multi-state accelerator offering female entrepreneurs education, coaching, mentoring, and networking opportunities – all while preparing them to access capital. Its headquarters is at 114 West Pike in Covington.

Through expertise in business basics and guidance from mentors and coaches, Aviatra has educated more than 2,700 women and granted more than $1 million in low-interest loans. Since its inception, Aviatra’s female entrepreneurs have received over $10 million in follow-on funding and generated over $1 Billion in combined earned revenue upon completion of programming.

While Aviatra’s 10th Anniversary Expo will be free and open to the public, the Celebration following the Expo will be ticketed at $125.

Aviatra Accelerators is a 501(c)(3) nonprofit organization founded in 2010. Our multi state organization enables women to start and sustain businesses by giving them the resources they need to be successful. Through our expertise in business basics, guidance from mentors and coaches, and access to capital, we continuously encourage our members to move forward, and we embrace them when they return, helping to refuel and reignite their passions.